Today the 4th round of the DynamiXX Winter Endurance Series is held. This race will be driven on the legendary British race circuit Brands Hatch.
Today WPR Racing will show up with the following driver line-up:

Fabian will make his debut in the DynamiXX Winter Endurance series for WPR Racing. Good luck Fabian!
Qualy starts at 15:30, race starts at 16:00

Championship Standings before the 4th round 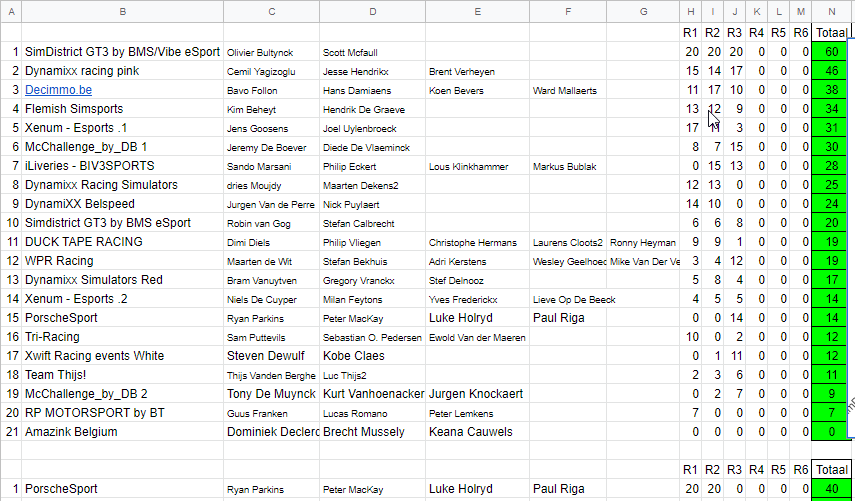 During qualy the track temperature was around 38 degrees celsius, which made this track very slippery. Unfortunately, we couldn’t qualify higher than P17. 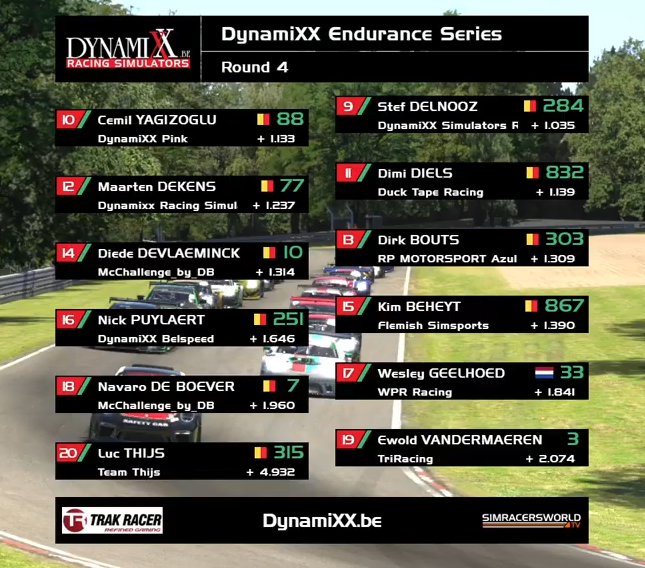 Wesley started the first stint from P17, during the start we gained some positions up to P15. In Lap5 Wesley hit the grass with his front left wheel and spun. After that, we had to start all over again from P20.
In stint 2 we had two collisions with other cars, due to the faults of others. This resulted in unplanned pitstops. When Remko took over, we were in P17. Remko was able to gain two more positions in his 2 stints and gave the car over to Fabian who needed to drive it to the end of the race. Fabian had a very good pace and was able to make up a lot of positions even up to P11. However, due to multiple collisions with other cars he had to pit. And ended up in a P17 position.

Up to the next round, which is held on the Canadian Circuit of Gilles Villeneuve on the 12th of March 2022. 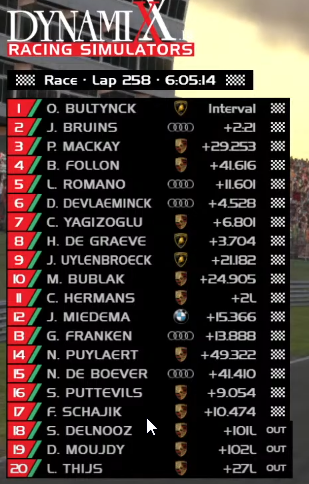